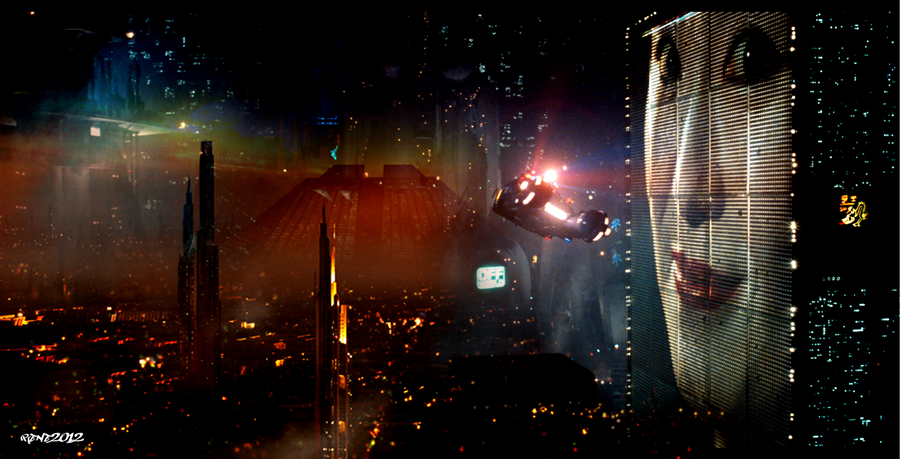 When I say “Influential” I am taking a very narrow definition of that and electing to take it as personally influential rather than any key influence on cinema or society.

Taking a cue from this post over on Arts Journal, I have compiled the following list of 41 films, one from each year of my life.

The original author of the post has a list of self imposed rules on his list, mine are largely similar. The films I have selected have had an impact on me either because I just really like them, or they have shaped my opinion or creative outook. They are all films I enjoy watching with each new viewing.

And yes, there are one or two years where I have had to make special mention of a second film or select a runner up. So.. here’s the list :

1976 : Taxi Driver
Hard to go past two of my favourite names in cinema out of the gates. Scorsese & DeNero deliver a classic.

1978 : superman
I was two, I loved Superman & I have a very vague recollection of seeing this film.

1979 : Alien
The first in what I’d argue is the very best cinematic franchise. I’m sure I could write a whole post on why I love this series. Also in this year, Apocalypse now, rates a special mention. I love this every time I watch it.

1980 : Empire strikes back
Best of the Star Wars trilogy in my opinion.  But it is also hard to not mention The Shinig, Masterfully directed & Brilliantly acted (especially Shelly Duvall).

1981 : Raiders of the lost Arc
Show me a person under 12 when this came out who doesn’t hold a special place for this film and I will show you a liar.

1982 : Blade Runner
This is somewhere near the top of my top ten list of best films of all time. The noir story & the whole aesthetic. I could rant all day.. But as much as I don’t want to share this year’s spot with any other movie I do have to mention Tron.

1983 : War Games
My appreciation for this came a lot later (very early 90s) when I spent many evenings awake till stupid o’clock in the morning hunched over the glow of a monitor learning about networks, routing and all of this whole new thing called the internet.

1985 : Brazil
Some people will be shouting at me for not choosing the Goonies but I just can’t go past the absurdity of the story and dar aesthetic of Brazil.

1988 : Die Hard
I am a fan of genre films and this one just works so well to the archetype of the action genre.

1989 : Do the right thing
I saw this at the cinema and was blown away. I think this is the first film I saw at the cinema that really left me thinking.

1993 : Falling down
This is such a document of it’s time. In the year before the media frenzy that was the OJ car chase, when “HardCopy” was current affairs and reality TV was hitting it’s prime Falling Down just seems to echo what Alvin Toffler had predicted in “Future Shock”

1994 : Clerks
We all love Pulp Fiction but in terms of influence, I have to choose Clerks. This is the film that made me realise that working in a video store was my dream job. *sigh* fuck you Netflix. way to crush a mans dreams.

1995 : Seven
Just for the ending really. It was refreshing to see a film without the “happily ever after”. Strange days gets a special mention here too.

1997 : Gattaca
I love this kind of speculative sic-fi

1998 : Ronin
Possibly one of the best chase scenes ever! and DeNero gives a very solid performance.

1999 : Being john Malkovich
Fight Club gets a special mention here, awesome twist.. and Eyes Wide Shut might rate in a lot of books, and it is Stanley, and it is a great film… but Being john Malkovich…what the actual… ?!I love the self referential nature of this film and just some of the really weird twists.

2000 : requiem for a dream
Hi fidelity was my favourite film of this year but my selection is for most influential. This is the ONLY film I have nearly walked out of. Not because it was bad but because it was so intense! A great film.

2001 : Black Hawk down
This is one of the most beautifully shot films of recent times I reckon.

2002 : City of god
I saw this when I was living in London with a Brazilian who said it is really accurate to what life is like over there. A great film and a bit of an eye opener.

2003 : Lost in translation
Bill Murray in a beautiful film!

2004 : Eternal sunshine of a spotless mind
Napolean Dynamite gets a special mention but Jim Carey in this film is really surprising.

2005 : Sin City
I like a good graphic novel and the interpretation of the source material in this film is amazing.

2006 : The Departed
Awesome film and I love the sound track. Little Miss Sunshine is also notable.. That scene where he realises he can’t join the airforce because of his colour blindness… “FUUUUUUUUUUUUUUU!!!!” Thats how I feel about Netflix putting video stores out of business.

2007 : Juno
Being a fan of American Indy films its hard to go past this one.

2009 : Moon
Whilst I loved the idea of Where The Wild Things Are I just don’t think it delivered on what my inner child was hoping for. Instead Moon is a great sci-fi that really breaks the mold I think.

2010 : Exit Through The Gift Shop
Yeah, I’m a fan of both graffiti and documentaries.

2011 : MoneyBall
I saw this film not really expecting much, or thinking id really enjoy it but I was pleasantly surprised and it opened me to reconsidering a lot of films I’d previously had no real interest in seeing.

2012 : Prometheus
This was a great addition to the world of Alien. I know a lot of people were disappointed but I love how this added to the narrative and falls within the “world building” part of movies that I love.

2014 : The Lego Movie
Now I have been a lego fan since before there were Minifigs. To see them come to life in such a great and technically proficient way was just a joy. Sharing it with two new lego fans I know made it eve better.
2015 : Straight Outa Compton
Loved this film and it was really interesting seeing some of the detail of one of the more influential acts of my youth. Chappie gets a mention here… offbeat sci-fi out of South Africa with the guys from Die Antwoord.. Unexpected.

2016 : deadpool
Last year is still pretty recent for any films  to get a second viewing or even make it high up my list. I did however like the irreverent nature and disrespect for the fourth wall of this one.

2017 : ???
We already covered this didn’t we? I’m pretty pumped for Ghost in the Shell, Blade Runner 2049 and the new Alien film. Lets see what happens shall we?

Over a 20 year career I have worked in design, advertising, events, multimedia and web development. I’ve worked internationally and contributed to global advertising campaigns. I paint, draw, carve and am a keen student of popular culture & sub cultures.

I love cinema, design, technology, music, and importantly, coffee. I am passionate about the creative process and thoroughly enjoy the meeting of minds that results in great ideas.